Dara and I went to go see Dawn of the Planet of the Apes last night, since we’d seen the first of this set of movies not terribly long ago and liked it well enough that we wanted to see this one now that it’s out. Survey says: good story, although in some ways I actually liked Rise better, just because this one hit a few predictable notes. Overall though I still quite liked it.

Spoilers are climbing into the tower behind the fold!

I really quite liked the opening sequence with the apes on the hunt, which lays down for the audience in no uncertain terms that Caesar’s tribe has established itself very thoroughly in the woods–and that a troop of hyperintelligent apes are badassed hunters. I particularly liked upping the stakes by throwing a pissed-off bear in there, and how this scene establishes Caesar’s son Blue Eyes as a character who’s going to have his own development arc.

And I very much liked the establishing shots of the ape village, especially the wall where they’d written what one presumes have become the laws of the tribe: Ape will not kill ape. Knowledge is power. Apes together strong. Maurice the orangutan showing the young ones how to make letters was particularly awesome. That they’ve realized that the ability to write is in fact important shows that these are hominids at the very beginning of cultural development.

Of course, this being a Planet of the Apes movie, we soon establish that a) the apes haven’t seen humans for the last two winters, and b) they’re starting to wonder if there are any humans left. The answer to this being “no”, as humans soon show up on a quest to reach the derelict dam that can restore electricity to the colony that’s established itself in San Francisco. Unsurprisingly, the initial encounter goes very badly, and a young ape called Ash is shot.

Cue the apes reacting to the discovery that why yes, there ARE humans still around–and cue Koba, Caesar’s second in command, advocating wiping them out. Koba, like Caesar, is an escapee from human captivity. But unlike Caesar, he was tortured and mutilated, and he’s carrying a powerful grudge that the audience can’t help but sympathize with at first. I kept waiting for Koba’s warning about not trusting the humans to pay out. In any other movie, it probably would have.

Except no, actually, the humans in this plot are pretty much all fine, except for the one obligatory asshole, Carver, ready to totally blame the apes for the collapse of human civilization thanks to the outbreak of simian flu. I very much appreciated that the others in the group trying to get the dam working again shot that right down, and that they were willing to confine Carver to the trucks once he presented as a clear threat to the apes.

And while I did like the sub-plot with Ellie being able to treat Caesar’s mate, which was critical to the humans winning Caesar’s trust, I wish there would have been at least one other woman with a speaking part. Or hell, at least a female ape with a significant part. Caesar’s mate didn’t get much to do other than give birth, be sick, and be healed, and while I’m seeing that her name was Cornelia according to assorted sources, I didn’t notice her name being given in the actual movie. I would have appreciated at least one scene with a female ape interacting with Ellie for some reason, enough to let the film pass the Bechdel.

Meanwhile, though, I also very much liked Gary Oldman’s character, Dreyfus, who was surprisingly not an asshole or a dictator of any kind. Desperate, sure, and reacting very badly to the threat that the apes present–but you can’t exactly blame the man for flipping out at the sight of a huge force of talking apes on horses coming to tell his people to stay out of their territory. I can’t even exactly blame him for staunchly insisting that the apes are animals and refusing to acknowledge Malcolm’s insistence that they’re thinking creatures, since he came across very clearly as a man clinging with everything he’s got to some scrap of normalcy in what’s left of the world. And in the world these characters used to know, apes were mere “animals”.

Oldman’s best scene, though, was when the electricity came back on and his iPad powered up. That was very effective, a brief chirp familiar to any owner of an iOS device–and startling enough that both Dara and I briefly wondered if somebody in the audience was actually turning on a device! But then we both caught ourselves and realized no, actually, it’s in the movie.

And yeah, Dreyfus swiping through the pictures of his lost family on the dirty screen… aw. Very effective in underscoring, without a bit of dialogue, what the humans have lost.

Likewise, Malcolm’s son Alexander was an effective character, a teenager who would have been a small child when the world collapsed. I very much liked how he sought solace in sketching, and in reading the battered graphic novel he was carrying around. His scenes with Maurice the orangutan in particular were great, with the apes’ teacher being so interested in the book.

Another effective thing: the ruined 76 gas station, both before and after the electricity comes on. Before the electricity is going again, it’s a neat establishing shot that shows the ruined state of the world. After, it’s almost shocking to see the sign glowing red and blue, and the flickering, broken lights along the front of the building. Then Alexander gets in there and figures out how to turn on music–and oh, the looks of joy on the humans’ faces. Because yeah. Hearing recorded music again is a powerful morale booster. Makes me wonder whether the colonists had managed to recover any musical instruments so they could actually make music of their own–and I would have liked to see a bit more ‘wut?’ from the apes as they tried to parse why this particular kind of noise made the humans happy.

But soon enough things go south hard, thanks to Koba. Koba is in fact the scariest thing about the movie, and in retrospect I shouldn’t have been surprised that he turned out to be the antagonist; I was totally expecting Gary Oldman’s character, the colony leader, to be the bad guy. But wow yeah, Koba was scary smart. I particularly liked how he was clever enough to play “stupid harmless monkey” at the humans practicing with the guns–before snatching a gun away and shooting them with it. (All I could think of at that point was “now I have a machine gun HO HO HO”.)

And Koba eventually turning treacherous, being willing to shoot Caesar and set their own home on fire, is deeply chilling. So too is the sight of his force on horses, with the stolen guns. In a lesser movie, this would have been silly. Here, since the movie’s taken the time to build up to it, it works. Especially when the apes realize what the tank is, and promptly swarm it and take it over, killing the humans inside.

I was however a bit surprised that Koba didn’t kill his human prisoners immediately. Given the depths of his hatred, and given his earlier advocacy to Caesar of destroying the humans, I would have thought he’d have had the apes kill the prisoners. That said, I also bought his being vindictive enough to want to put humans in cages–even if he might not have thought it through past that.

Three cheers for Ash–i.e., the young ape who’d been shot at the beginning of the movie by Carver, who arguably could easily have been very much on board with Koba’s agenda–eventually realizing “this is fucked up” and refusing to kill helpless prisoners. Koba turning on him and hurling him down from the balcony is yet another indicator of how far he’s gone on his course of vengeance.

Fortunately, though, Koba doesn’t get the chance to eventually decide ‘fuck it’ and start killing the rest of human prisoners. Malcolm’s little group eventually discovers that Caesar is not in fact dead (one of the things I saw coming), and Blue Eyes finds them and is recruited to their aid once he realizes his father’s still alive (another thing I saw coming). This led nicely into the scenes in Caesar’s old home, though. And the scene with him with the old video camera was a nice parallel to Dreyfus with the iPad.

Speaking of Dreyfus, it’s no surprise either that he eventually decides to blow up the tower–again, not really an asshole maneuver, but rather, one of desperation. And it’s during the setup of this that we learn that OH HEY they’ve made contact with a military base to the north! So there are other survivors!

Caesar’s final battle with Koba in the tower was visually compelling, particularly with the added complications of the tower disintegrating once the C4 goes off. And Dara and I both noted the significance of Caesar’s last line to Koba: “You are not ape.” Caesar’s taken another step towards human-like ways of thinking, discovering that loophole. I.e., “you are not one of us so it’s okay to kill you.”

And of course we have a bittersweet ending, with the military base’s forces on the way. The final scene between Caesar and Malcolm underscores that for human and ape alike, at least in this part of the world, the chances for peace have gone way, way down.

Long story short–very compelling story all around, and I’ll be intrigued to see where this set of movies goes next, and if they’ll eventually make it to their version of the original ’68 Charlton Heston movie.

dawn of the planet of the apesmovie reviews
July 27, 2014 by Angela Korra'ti

Speaking of The Crowe 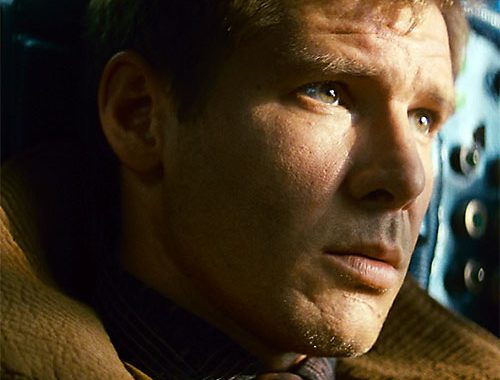