On fanfic and how NOT to treat its authors

I’ve been seeing a good-sized explosion rolling around the Interwebs about this story, covering how a woman named Caitlin Moran put Benedict Cumberbatch and Martin Freeman on the spot by making them read some saucy fanfic she’d pulled off the Net. Without, it goes without saying, the permission of the fanfic author in question.

And I’d just like to go on record as joining my voice to that of the author of the above link, expressing the many and varied ways in which that was SO TOTALLY NOT COOL. It makes me irritated on behalf of the actors and even more on behalf of the creator of the fic. It smacks of pointing and laughing, and of telling somebody that the art by which they’ve chosen to express themselves is worthy only of ridicule.

Certainly, I am fanfic-friendly. I’ve written quite a bit of it myself, both in actual fanfic form and in the form of the hundreds of roleplay logs I still have in my personal archive to this day. And as a writer, I’d be tickled to death if somebody decided to write fanfic either about the Warder universe OR the universe of Rebels of Adalonia.

But mostly, I’m a fan of not pointing and laughing at people. There’s way too much of that in the world. And not enough encouragement of people to make some goddamn art.

Here, have a link roundup of others discussing this:

Author Martha Wells posts about it on tumblr

The author of the fic in question, from what I see on her tumblr, is also awesome

In closing, remember, kids, Wheaton’s Law applies here, just as in all walks of life. 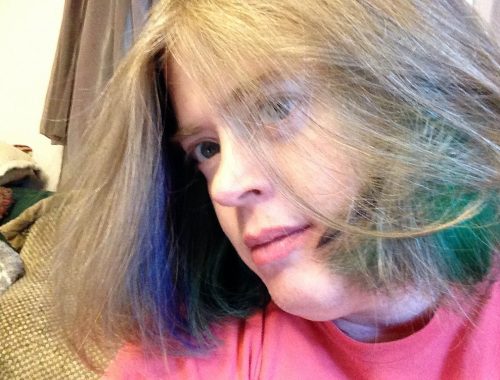 U2 album on iTunes followup

Heads up: Paypal is launching an infuriating new user agreement