So I saw this firing up a few months ago and it tickles me deeply that this is happening: while Amazon and Barnes and Noble have been duking out in the US ebook market, Kobo has swooped in to team up with independent bookstores to sell devices and ebooks through them!

Which means that two of my favorite indie bookstores, Third Place Books and the almighty mecca of bookstores that is Powells, are now additional places where you can get Faerie Blood in ebook form if you have a Kobo account. And if you buy through their sites, you then do your part to support these lovely indie bookstores.

How awesome is this? PRETTY DAMNED AWESOME.

It particularly tickles me to see Third Place doing this, since as y’all may recall, their Third Place Press IS my printer for the hardcopy edition of Faerie Blood! And now you can also buy the ebook from them as well!

Now, of course, you’d need an actual device to read them on. I have yet to handle a Kobo reader of any sort myself but online friends of mine who are Kobo customers have spoken well of them. (Alternately, I know you can also run the Kobo app on iDevices and one presumes there is an equivalent for Android devices as well.) What experience I do have with Kobo though is this–I do have an account with them, kept because sometimes I want to get ebooks that Amazon and B&N don’t have. Oftentimes I’ve found that they might have, say, the UK release of something before Amazon or B&N gets the US release.

But man, now that I know Third Place has teamed up with them, I may have to seriously rethink my ebook buying patterns. And if I grow weary of the Nook, I’ll have to put serious consideration into jumping ship to Kobo. Because I loves me some Third Place, and I’d love to see this effort of theirs pay off!

indie bookstoreskobothings that are awesometwo great tastes that go great together
January 4, 2013 by Angela Korra'ti 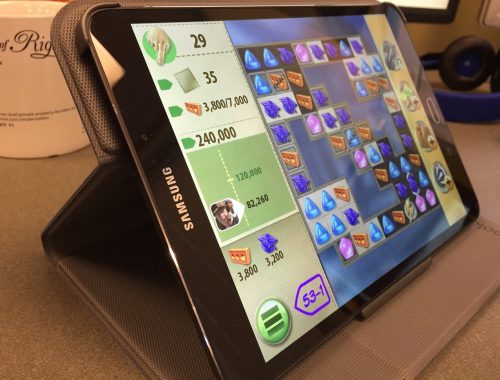