And now, O Internets, in the category of Things I Can’t Tell You About Yet, the issue has arisen that I need to take on a pen name. Not for issues of needing to conceal what names I’m writing under–because I won’t be–but more in the interests of using a name that’s easier to spell and search for on the Internets. I have narrowed down my names of interest to the following list!

For the surnames, “Highland” is my original surname. “Carey” is my grandmother’s maiden name, and the name is meaningful to me because of when I went to Grandma’s funeral last year, and had the old gentleman who spoke for her ask me after if I ever found myself randomly singing. When I told him yes, he said that was because “the Careys were always singers”, which I really liked.

Two other notes of interest, before anybody asks: one, I can’t use Anna Carey because that name’s in active use by an established YA author, and two, while I have had it proposed to me that I should work “Piper” in there somehow due to that being the rest of my commonly used nickname, I don’t actually want to use “Piper” since another local writing friend wants to use that as part of HER pen name and I don’t want to be too similar to her.

And also, please note that while I will be taking on a new name (and updating my site accordingly to reflect it), the Warder universe books WILL continue to be available under the name of Angela Korra’ti, because that’s the name Faerie Blood originally sold under. And it’s the name my Kickstarter backers know!

So let me know your thoughts on these options, people! And if you’re reading this post on LJ or Dreamwidth or Tumblr or Goodreads, please click over to the the original post to vote. The poll options won’t work from other sites! 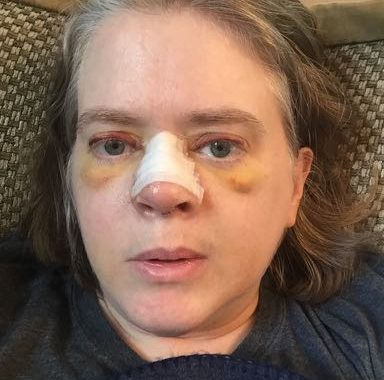